Consciousness and the Brain according to Stanislas Dehaene

I have read many books and articles on this subject over the past 20 years; but, I must admit, this book by French neuroscientist Stanislas Dehaene (Viking, 2014) feels like he's geting a lot right. He does it through brain imaging and metaphoric language. 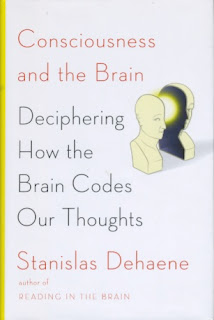 His main contention is that "a staggering amount of unconscious processing occurs beneath the surface of our conscious mind." Imaging methods have become so precise that they can now show exactly where global unconscious processing crosses over into conscious thought. Admittedly, David Eagleman has been saying the same thing in his popular PBS series, The Brain. What does pass into conscious thought, said in the French way, is la crème de la crème of what the unconscious proposes to the conscious mind. Further, as Eagleman has said too, what we sense is "not raw sensation, but an expert reconstruction of the outside world."


"Unsurprisingly, it turns out that our attentional spotlight is operated by armies of unconscious workers that silently sift through piles of rubble before one of them hits gold and alerts us of its finding." 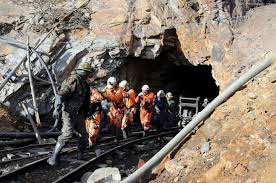 In another metaphoric rendering, he says: "The fortress of the conscious mind possesses a small drawbridge that forces mental representations to compete with one another. Conscious access imposes a narrow bottleneck." The best thought breaks on through to the other side. 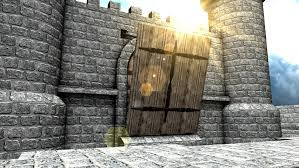 Unconscious processing explains how mathematicians and scientists suddenly get answers to tricky conundrums when stepping up on a bus or shaving; and how poets get a fully formed poem, seemingly from out of nowhere, when waking up in the morning or taking a walk in the afternoon. The unconscious miners have been sifting through the rubble all along and the drawbridge has been crossed.

If the hard work is going on beneath the hood, so to speak, what is consciousness for anyway?


Simply put, unconscious processing is fleeting and unstable, whereas consciousness pins it down. On top, in the prefrontal cortex, neurons can hold on to and manipulate at a later time thoughts that would otherwise be lost forever down in the basement. It is also the front of the brain that allows us to share information with others. As Dehaene says, "Imperfect as it is, our human ability for introspecting and social sharing has created alphabets, cathedrals, jet planes and lobster Thermidor." With his penchant for poetry, Dehaene cites Julian Jaynes's definition of consciousness as "a secret theater of speechless monologue and prevenient counsel, an invisible mansion of all moods, musings, and mysteries, an infinite resort of disappointments and discoveries." 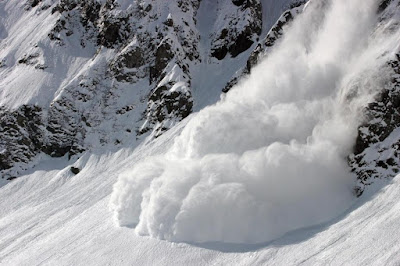 Further, consciousness has a "tipping point." In an "avalanche" of neuronal activity, another Dehaene metaphor, "the frontal regions of the brain are being informed of sensory inputs in a bottom-up manner, but these regions also send massive projections in the converse direction, top-down, and to many distributed areas." The end result is a brain web of synchronized areas. Only activation of the prefrontal cortex (top) and the parietal cortex (bottom) in long-distant loops creates conscious experience.


But that's not all. With all this activity going on, some neuronal firing has to be pared down to let the essentials through. A conscious idea is encoded by small patches of active and synchronized cells, together with a massive crown of inhibited neurons--a positive electrical potential--called the P3 wave on the surface of the head. Dehaene theorizes that the brain is highly self-stimulating, creating its own neuronal activity all the time, even when we are asleep. In the absence of external stimulation, the brain generates its own, as we saw in Oliver Sacks's Hallucinations.


Having worked with babies, along with his wife who is a neuropediatrician, Dehaene has concluded that babies are most likely conscious at birth, but their developing minds work much more slowly than ours. Even at two months old, they are already processing language in Broca's area in the left hemisphere and show evidence of remembering. Yes, he uses fMRIs designed especially for babies.

Dehaene made the interesting discovery that the amygdala, which lies at the bottom of the temporal lobe, responds to fearful words flashed to it, even without the person's conscious awareness. This unconscious processing of an invisible word remains in the left temporal lobe, only becoming conscious when it invades the frontal lobes. Of course, since he does not introduce the notion of atypical lateralization, I must add that the light bulb over the head effect might be occurring over the right side of the brain for some. 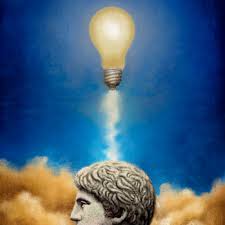 Here is a Dehaenian formula worth repeating: "My theory is that the architecture of the conscious workspace plays an essential role in facilitating the exchange of information among brain areas. Thus, consciousness is a useful device that is likely to have emerged a long time ago in evolution and perhaps more than once." Further, he says that the workspace system "may well be present in all mammals" and possibly in birds and fish as well. However, "[i]n humans alone, the power of this communication device was later boosted by a second evolution: the emergence of a 'language of thought; that allows us to formulate sophisticated beliefs and to share them with others."


Finally, Dehaene explains schizophrenia as a breakdown in the top-down processing of neural information. With their long-distance neural connections impaired, schizophrenics would feel that "something remains to be explained, that the world contains many hidden layers of meaning, deep levels of explanation that only they can perceive and compute. As a result, they would continually concoct far-fetched interpretations of their surroundings." As the top-down prediction system fails, as sense impressions become strange, "it is a short step to becoming convinced that you hear voices in your head."

So I'm wondering if the digital workspace ladders conscious articulation a step above language, or maybe enables a third dimension of language--or maybe its a third dimension of consciousness, relaying information in a much more flexible manner. Downside of that would be a form of schizophrenia where the sufferer is so consumed by a need for facts only their devices can compute. Or something. Anyway, its fascinating stuff.

Hi David, As I read Dehaene, it's all about top/down; bottom/up; synchronization; and just the right pruning to get the right message. It's complicated and remains mysterious until the ticker tape spews out the best interpretation that we can both understand and communicate to others. What a piece of work is man, woman, child, and even babies!