Consciousness at the Quantum Level 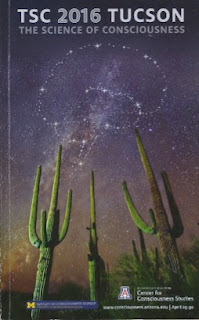 In April, I attended my fourth Science of Consciousness Conference (TSC). Sitting near a waterfall behind the conference hotel one day, I asked a woman nearby about the timing of an evening event. She noted my name tag identifying me as an author and asked me what I had written. I told her about my book, In Their Right Minds: The Lives and Shared Practices of Poetic Geniuses, and she told me she wanted to write a book. When I mentioned that she might talk to my editor who was attending the conference, she said, “The universe brought us together to convey this information.” 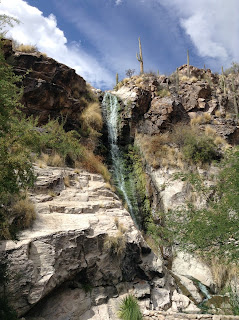 Now, what is more likely: with so many authors at the conference peddling their books, there was a greater than average chance she would meet someone with this information; or, had the universe conspired to bring us together for that hillside moment?

I’ve been moving in mystical arenas for some time. It started with my oneness experience in San Antonio, TX, where, standing awestruck in the Spanish market, awash in foreign, sights, sounds and smells, I lost my sense of individual identity and felt ultimate bliss. Only one word seemed sufficient to describe it: Nirvana. My next moment brought terror. After a dear friend claimed to be channeling an angel in my backyard, I read a book on dissociative identity disorder late into the night. Finally asleep, I was awakened by a dream image of a patient lying on a psychiatrist’s couch. With eyes rolling, mouth neon-lit, a Darth Vader-like voice shouted out: “Freud only got it half right! Read the two Hyperion poems! 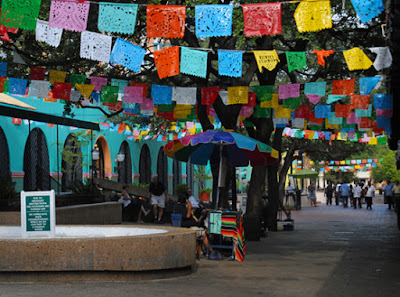 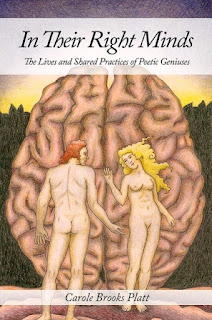 In my book, I describe how this enigmatic message led me to Jung and Keats, along with an exploration of paranormal connections in poets of genius and their great creativity. My book brought me an invitation to a symposium on “Further Reaches of the Imagination” at the Esalen Institute in Big Sur, CA. Here, assembled scholars told tales of bizarre, unexplainable phenomena in their lives. I recounted my San Antonio experience and how I had returned to the same spot to recapture it and, sadly, NADA happened this time. They all shouted out at once: “You forgot to lick the blue water ice!” Indeed, that final element, that I had theorized in a paper submitted before the conference, had possibly tipped me into a state of synchronized brain hemispheres and supplied the key to unlock cosmic consciousness. 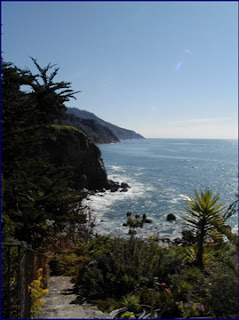 Now at the Science of Consciousness Conference, my former experiences, Esalen, and uncanny science all seemed to meet up. Garry Nolan, a physicist participating at Esalen had claimed that the time-space continuum could speak to us at the cellular level, if we have the proper antenna. He had been working with Dean Radin, who would also be speaking at the Consciousness Conference on remote viewing. Apparently, only one in a thousand can do it. Garry had also mentioned Marjorie Woollacott’s book, Infinite Awareness: The Awakening of a Scientific Mind (Rowman & Littlefield; Oct 15, 2015), which describes her conversion from pure neuroscientist to a believer in so much more by the touch of a guru during a meditation session. Not remembering Garry’s reference to Dr. Woollacott, I was now sitting right in front of her at a morning workshop in Tucson. 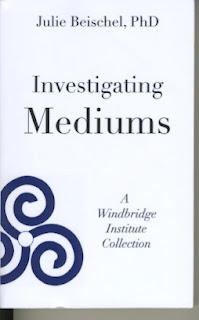 But, here’s where it gets really interesting. All signs at the Consciousness Conference were tying anomalous events to hard science. First, let’s consider the claims of spirit mediums. Arnaud Delorme judged mediumship to be an altered state of consciousness. Julia Mossbridge had a model of mind that especially spoke to me: the non-conscious mind is actually the puppet master controlling the more limited conscious mind. Whereas the conscious mind does not normally access future events, precognition and presentiment are “fast-thinking, system one processes” the non-conscious mind uses to prepare us for the future. It is in fact a survival mechanism. I thought back to my precognition as a young college student on a park bench who got the startling precognition that I would marry a guy who happened to be walking by at the time. Indeed, I did marry him. My future had been preordained or in some sense already existed.

I had read medium researcher Julie Beischel's book, Investigating Mediums, before coming to the conference. She was too sick to attend, so her husband stepped in for her. In her book, she cites the possible role of the right hemisphere in mediumship and references its higher level of negative emotions, which I say definitely points to the right hemisphere. One of the mediums she tested noted that her energy shifted and came in on the left. Julie says trauma is always a part of the mediums’ mix, as I do in my research on poets, along with the role of maternal attachment and loss.

In the Unity of Consciousness workshop, Joran Josipovic explained that the right angular gyrus integrates body mapping, so that people with injury to this part of the brain have mystical experiences since they cannot feel their bodies. He also differentiated high entropy versus low entropy states in the brain: the former characterizes psychedelic states, infant consciousness, REM sleep and dreaming, NDE’s, magical thinking and temporal lobe epilepsy, all of which produce divergent thinking and creativity.

Stu Hameroff, an anesthesiologist, professor, and original founder of the Science of Consciousness Conference along with David Chalmers, believes the brain evolved to feel good. Here’s a piece he wrote that explains his thesis in simple terms:

Deepak Chopra gave an amazing talk on the Conscious Universe. He believes EVERYTHING is conscious. Body/Mind should be seen as a unified wholeness of experience. The true self generates qualia (our perceptions of what’s out there). Consciousness is a formless, primitive, ontological entity existing at the quantum level. He also has a new book out on how we can change our genes.

Rudolph Tanzi, who co-authors books with Deepak, had good news about Alzheimer’s disease. The bad news is that the disease is found in 40-50% of people over 85 and that it starts in your 40’s. Tangles in the neurons produce a neuro-inflammatory response; inflammation, not the tangles, is the real issue. The good news is that they’re working on a way to stop the degenerative process before it starts. He mentioned Cat’s claw extract (Cognitive Clarity TM), which is now available; meditation, exercise, and diet (less red meat), along with 7-8 hours of sleep each night to clear out the brain.

Time and consciousness melded into one big theme at the conference. As I’m running out of time (and space), I’ll be brief. Reality, it seems, is a handshake between waves going forward and backward in time. Quantum entanglement occurs in time. The most important function of the brain is to predict the future. The quantum field is in some sense eternal. We exist in electromagnetic light fields. The brain is an electric organ and a pattern detector.

An aside about mentions of Julian Jaynes, whose theory on the right hemisphere was an early inspiration to me: a graduate student at Columbia began his talk citing Jaynes’s book, without verifying or attesting to his theory, and ended his talk referencing Jaynes. Before coming to the conference I had read Allan Combs’s Consciousness Explained Better (a riposte to Daniel Dennett’s early salvo called Consciousness Explained (1992)). Combs opens his own book with Jaynes's initial paragraph, in all its metaphoric musing and alliterative allusions, from The Origin of Consciousness in the Breakdown of the Bicameral Mind. I sought out Combs at the conference to tell him how much I enjoyed his very readable book. He waxed elegiac on Jaynes, not for his theory so much as for the beauty of the writing, considering it the best of its kind in the 20th century. 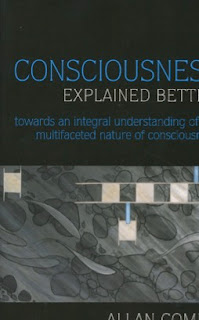 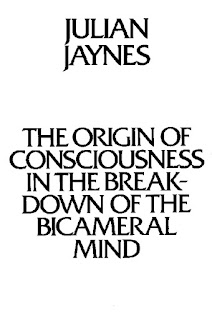 Final quips and quotes of note: Mental health issues arise from problems in time and space, problems distinguishing self from other. The grandfather of all the senses is the basic tendency to either approach or avoid. Is this good for me or bad for me? Self-preservation asks us to avoid, while self-development suggests we adapt. The Self is both part and whole and when we have no body to maintain we feel bliss (remember that in a Oneness experience we lose our sense of the body’s limits). Our prefrontal lobes are not totally developed until our 20’s and consciousness narrows as a function of age. As we know more, we see less. Rat studies show that the brain is hyperactive in the dying process as it is trying to save the heart in the absence of oxygen. Serotonin surges. These two findings might account for NDEs. Only 5 % of people survive heart attacks and 20 % of them have NDEs. Light is associated with death, mystical experiences and gurus, like Alain Forget, who gives light energy to open the hearts of his students, claiming he is multi-dimensional when he does it. I felt energy pouring out from my heart in my spontaneous San Antonio experience and saw sparks of light spreading out seemingly infinitely beyond me.

It seems I had come to the right place at the right time to get answers to the mysteries of my own heart and mind in a throng of like-minded folks dedicated to understanding consciousness. We are singular and infinite all at once, both awaiting spontaneous gifts of knowledge and struggling hard to make sense of our and others' experiences. I should add that there was a lot of support for belief in reincarnation amongst the presenters.

“In all chaos there is cosmos, in all disorder, a secret order.” C.G. Jung

“Heaven lies about in our infancy. Shades of the prison house begin to close upon the growing boy.” Wordsworth

“The painter has the Universe in his mind and hands.” Leonardo da Vinci 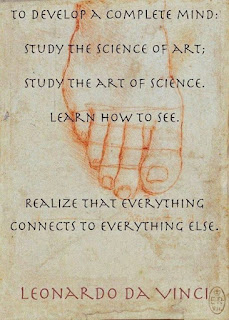