The Minds of the Poets: Sylvia Plath and Ted Hughes

A different entrée into the minds of Sylvia Plath and Ted Hughes comes via Previc’s (2009)[i] theory of the dominant neurotransmitters in men and women. In his view, the male mind tends towards left dominance with its abundant dopaminergic connections and a “detached,” “exploitative,” “linear” orientation towards future time and distant space; while the female mind is more right-hemispheric and serotonergic, interested in maintaining a close circle with communal, empathetic ties. In a nutshell, one could evoke the Paleolithic hunter versus the nurturing mother model. Previc’s theory is in many ways convincing; but, as with McGilchrist’s The Master and the Emissary, it does not take into account atypical right-hemispheric dominance, with switched hemispheric functions, or temporary reversals of normal linguistic dominance during manic states, or brain volume changes due to head injury or early trauma on the left that can release the right from the left’s inhibitory signals or vice versa. 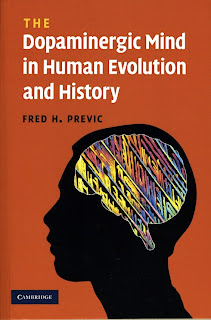 Nonetheless, Ted Hughes possessed many traits of Previc’s highly dopaminergic male. Hughes was a hunter, with disheveled, unwashed ways. He was both highly intelligent and hypersexual, more interested in sexual conquest than in maintaining close bonds. He was thrilled at the birth of his daughter, Frieda, but less enthralled when his son, Nicholas, arrived. His lover, Assia Wevill, had a child, Shura, whom he never recognized as his daughter. He would abandon Assia, as he did Sylvia Plath. He will maintain a relationship with Brenda Hedden, marry Carol Orchard, then spend their honeymoon period with Hedden, dangling her along until she breaks it off.[ii] Brenda’s remarks exemplify the highly dopaminergic male’s need for conquest, not domesticity, which would also explain Hughes’s intense identification with Robert Graves’s theory of the White Goddess who abhors domesticity:
"He was a real hunter. The moment I drew away from him and became independent, I was more attractive in his eyes, and he chased me and pleaded that I would come back. It was the same with Assia: when she tried to break away and was out of his reach, he became motivated. But, when they were together, he did terrible things. I feared I would end up like her, and resisted his temptations. Her terrible suicide saved my life."[iii] 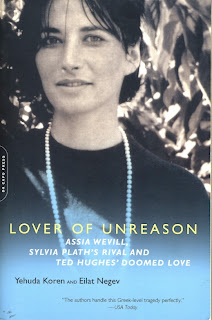 Plath was highly intelligent, ambitious and sexually motivated as well, the dopaminergic side of her. But, living in a time when women were considered “sluts” if they acquiesced to male sexual overtures, she was very conflicted. She labeled her first experience a rape and had to go to the hospital for hemorrhaging, yet still went out with the man again. There were more men, sometimes involving violent sex, to whom she consented, whether as punishment or titillation.[iv] After marriage, she often commented on her “good” love-making sessions with her husband, considered crucial to their marriage, even though there was often violence involved there too.[v]

Plath’s positive serotonergic side came out in maintaining a tidy home, cooking delicious meals and nurturing her children, while remaining deeply bound to her husband. She was initially attracted to Hughes because of his brute strength as well as his poetry, having long acknowledged her need to be dominated by a strong male who would not be jealous of her own ambitions. Only he seemed large enough, both physically and mentally, to fit her fantasy. In fact, during her marriage, as her serotonergic self waxed, her dopaminergic creativity waned. The final abandonment will spawn her best poetry with fierce words and bold imagery, suggesting a dopamine-mediated manic shift. Never particularly religious, she will now claim that God is speaking through her, another sign of mania, according to Previc.

In addition to the abandonment, other physical and psychological factors must be implicated in her final tragedy: genetic predisposition to a mood disorder; the loss of her father at age 8, which will be felt and filtered again and again with each rejection, failed relationship and abandonment; badly administered ECT treatment; therapy which overplayed maternal hatred and underplayed the father’s role; a miscarriage; an appendectomy; post-partum depression; an upper-respiratory illness; some negative  reviews of The Bell Jar; long bouts of waiting by her window for Hughes to reappear; and, possibly, side effects from a new antidepressant. Her British doctor, John Horder, called her "pathologically depressed" and abnormally sensitive (Alexander, p. 325).

In the end, Plath was coping with the coldest winter in London since the early 19th century, with intermittent loss of light, heat and no telephone, plus an altercation with and loss of her au pair. Despite the urgency and publishing potential of the fiery new Ariel poems, an upcoming assignment for the BBC and a slated meeting with her British editor that day, she commits suicide. One would be tempted to say that her depressive side got the upper hand, but her odd behavior on the night of the suicide, as recounted by her downstairs neighbor, Trevor Thomas, suggests, rather, a manic shift. Wanting to pay for stamps he had given her that night,  she tells him "Oh! but I must I must pay you or I won't be right with my conscience before God, will I?" Ten minutes later, when Thomas finds her still in the hallway, he says he'll call their mutual Dr. Horder. Plath replies, "Oh, no please, don't do that. I'm just having a marvelous dream, a most wonderful vision." Perhaps it was in some kind of waking dream state that she made her preparations to die. Yet, true to her serotonergic self, she also prepared a small meal of milk and buttered bread for her children who slept safely behind a door sealed off from the deadly gas fumes that would engulf her alone (quotes from Alexander, p. 329).

Plath's mother wrote these poignant words at the end of her Letters Home:

“Her physical energies had been depleted by illness, anxiety and overwork, and although she had for so long managed to be gallant and equal to the life-experience, some darker day than usual had temporarily made it seem impossible to pursue.” 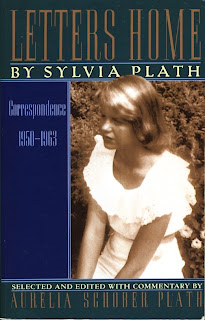 Hughes will come to blame a triple threat: Plath’s mother, her therapist, and an unnamed friend for poisoning his wife’s mind against him. In a late poem, he questions his wife: “What was poured in your ears / While you argued with death? / Your mother wrote: ‘Hit him in the purse.’ / . . . And from your analyst: / ‘Keep him out of your bed’ / . . . / What did they plug into your ears / That had killed you by daylight on Monday?” (Howls & Whispers). But a final blow to her was the inscription she found in a new copy of a red Oxford Shakespeare during their last meeting in his flat. Assia had replaced what Sylvia had furiously rent when she first discovered their adultery. This lover would be remorseless when learning of the wife's demise.

Hughes himself claimed the relationship with his wife had been "almost completely repaired" before the fatal day (in Koren and Negev). One will never know what occurred between Sylvia and Ted during their last brief encounter on the evening of February 8 at her own flat in Yeats's old house; but, on returning to her friend Jillian Becker's, who was watching the children, she appeared distinctly different from her formerly sobbing self, now "direct" and "purposeful" (in Alexander, p. 328).

Whatever the constellation of events, one can only wish that Plath had waited, had not succumbed to that darker day, or brighter, if the manic hypothesis prevails. Acknowledged and consoled by the recognition that would follow, she might well have flourished. In 1982, she received the Pulitzer Prize for her Collected Poems along with the enduring adoration of so many, many others.

[i] See Previc (2009), The Dopaminergic Mind in Human Evolution and History (UK: Cambridge UP).
[ii] See Koren and Negev (2006), Lover of Unreason: Assia Wevill, Sylvia Plath’s Rival and Ted Hughes’ Doomed Love (UK: De Capo Press) for evidence of Hughes’s callous ways with women. In a letter to his brother, Gerald, Hughes “confessed that he had finally found it impossible to stay married to Sylvia, especially because of her ‘particular death-ray quality,’ and that he was pleased to have left her (ibid., p. 110)."
[iii] Ibid., p. 221.
[iv] Think Sabina Speilrein and Jung.
[v] Alexander (1991), Rough Magic: A Biography of Sylvia Plath (New York: Viking) provides many examples of the “rough magic” in her sex life.

Great post. Hoping not to stray too far off the subject, but the parallels between Sylvia Plath's and Ingrid Jonker's lives and deaths are eerily connected. They suffered bouts of depression and mania, committed suicide within two years of each other, were devoted mothers, became instantly famous posthumously... My friend Selina, also dealing with bi-polar disorder, did her doctoral thesis on the connection between genius and madness, using Georgia O'Keeffe as her special study.

PS - I left out one important element connecting Plath and Jonker: childhood trauma!

Thanks for that insight! I did see the movie and the parallels were extraordinary!

Koren and Negev's recollection of Brenda Hedden's observations cited in this article (and as published in "A Lover of Unreason") are not verified. In the extracts quoted for instance, the journalists contributed their own wording, without consultation with Brenda Hedden prior to publication.

Thank you for your comment, Hedden. Are you a relative or someone who knows for sure that the extract attributed to Brenda is inaccurate? I certainly aim for accuracy in my writing and would adjust my wording accordingly if that is the case.

I have read this book and found it very productive. Thanks for sharing the extraordinary knowledge.
hypnotism specialist in kerala

It’s actually a nice and helpful piece of information. I am satisfied that you simply shared this useful information with us. Please stay us informed like this. Thanks for sharing.mantra for love back forever